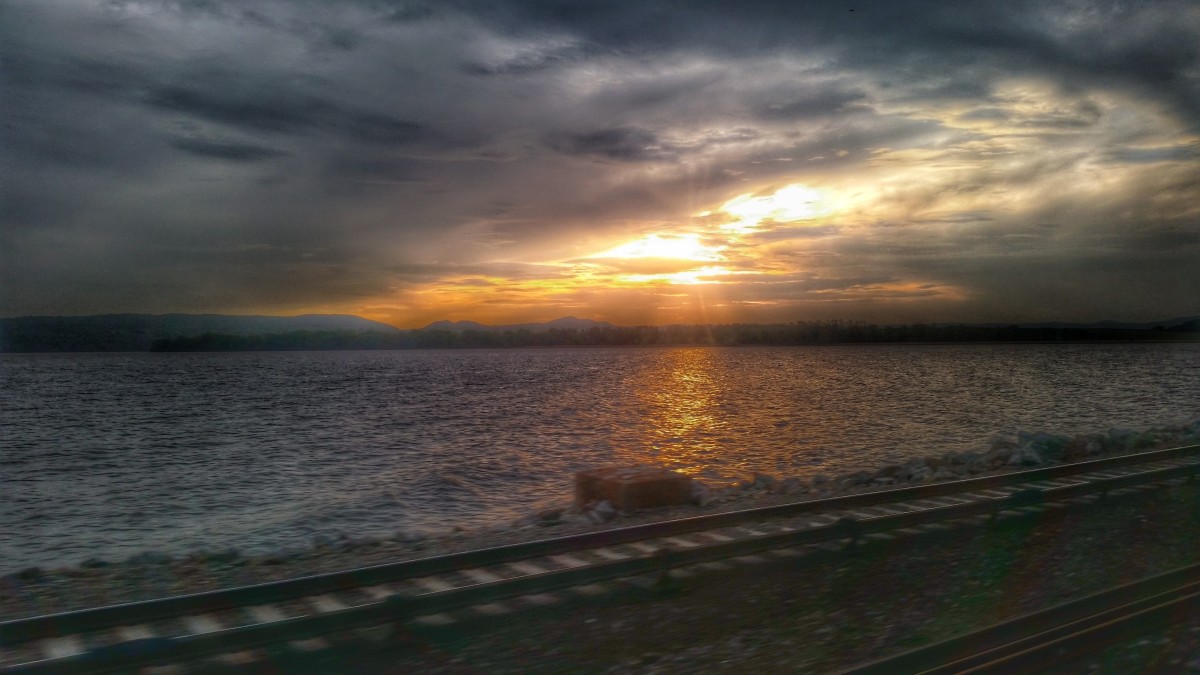 Let’s play catch-up, shall we dear reader? When we last left off we were on the cusp of spring … and now we are hurtling straight into summer.

We finally made the move and are now in our new home. We closed on the house just a few days after the one-year mark of when I committed to relocating with my job. After such a long and protracted transition, the entire family has settled into our new life fairly quickly. Uncertainty can take a toll on a person and strain any relationship – and we managed to pull through with relatively few emotional wounds. The house is in a lovely neighborhood about 40 miles north of the Big Apple with lots of kids. It’s not uncommon for me to get home in the evening to find my younger two kids out roaming the neighborhood with their new friends, playing until well after dark and coming home sweaty and dirty and more importantly, happy. +1 for our little family!

Having the extra time in Philly was also very nice. I was able to squeak out a few really nice rides with my friends, including an 88-mi, 5400+’ of gain ride to get lunch in St Peter’s Village that I had no business doing – but felt amazing when I finished! I haven’t felt depleted after a long, hilly ride like that in a while and it felt GREAT.  I planned to do a low-key girls-only ride to get lunch (25mi ride) but wound up with bronchitis and had to cancel all my plans for a few weekends. Then we moved ….

I rode the 5 Boro Tour again this year, this time with my friend Elizabeth. We were slotted in the first wave and what a difference that made! Yes there were still a lot of people but it was FUN. We rode the whole route together, which was surreal when I’d point out a place where the 4-lane street had been literally wall-to-wall cyclists standing around the year prior due to various levels of bicyclists trying to ride together. This year demonstrated why people do this ride year after year. I’m hoping to take my eldest son on it next year.

Up in our new area I’ve been scoping a bike route to the train station (about 12.5 miles each way; about 600′ gain to the station, 900+’ gain on the way home). I’ve seen cyclists on the roads so I know it’s possible (and Strava Global Heat Maps confirms it’s a decent route) but a few concerns that I need to work through:

1. Lots of two-lane no-shoulder roads. I’ve not been successful yet in finding alternate back-roads to use – very few roads actually connect. The roads are not terribly heavily trafficked – but there is some volume, especially at certain times. And there are a few dangerous intersections that would require I get a mirror for my glasses so I could safely navigate.

2. After about 45-60min on the bike, I have a 60 min train ride to the city. Do I feel comfortable being stinky on a train for an hour?

2a. The train station has bike lockers but refuses to rent them out. ??? So my bike would be locked to an open-air public rack. I’ve seen a few other bikes there in the morning so I know people bike to the station … but probably not as far as I’m thinking of doing.

3. Shower Situation when I get to the City. NYSC has $20 memberships and a club a few blocks from GCT; or I could check out the gym at work.

Really all just logistics – and while I am chomping at the bit to actually ride to the train station and back home, I need to work these things out before I do so. Arrive Alive!

There is a major bike path (36 miles!) with an access point fairly close to our home (a couple miles) that I can’t wait to ride and take my kids. It’s an old railroad bed so it’s fairly flat and shaded. A welcome respite from New York drivers!

I noticed a lump in my neck a few months back. I had been blowing off the feeling of swallowing behind something for a while, thinking it was a mild cold or allergies or something else. After several rounds of testing and various procedures, it turns out I have a multinodal goiter. Due to the size and number of nodules (and that it impacts my ability to swallow), I’m having a thyroidectomy in about a week. I’ve been advised to take 2 weeks to recover and at least 1 week with no exercise. So the plan is to get past surgery and recovery before throwing my leg over the top tube and getting back into the swing of things.

This past week I contracted a cold that rapidly turned into a sinus infection so I’m taking the surgical recovery period very seriously. My body is telling me I’ve been overdoing it – even though I feel like I haven’t done anything – and I need to listen if I’m going to be able to get back into running and cycling again. I have a few events planned for later in the summer that I need to begin training for – but that will wait! Even though I desperately want to just ride my bike.

Looking forward to seeing you on the road soon!

Too nice today to not join a friend for a post-work ride in the woods. Watched the sun set, flicked on the lights, and carried on. #mtb #WhereIRide #HudsonValley #ridepactimo #teamnuun #AdventureByBike #yorktowncycles
New bottle cage and tiny baby gravel tires (38mm) - new additions to Monster Truck (@salsacycles #cutthroat) as I dial in my #gravel vs #bikepacking set up. Thanks to @yorktowncycles for always being as stoked about my bikes as I am. ❤
STOKED to join #teamnuun as a brand ambassador this year!! ❤
#accurate
Beauty in shades of brown
The Mister and I at the start and end of the decade. So much has changed. Here's to being open to new opportunities in the coming decade.