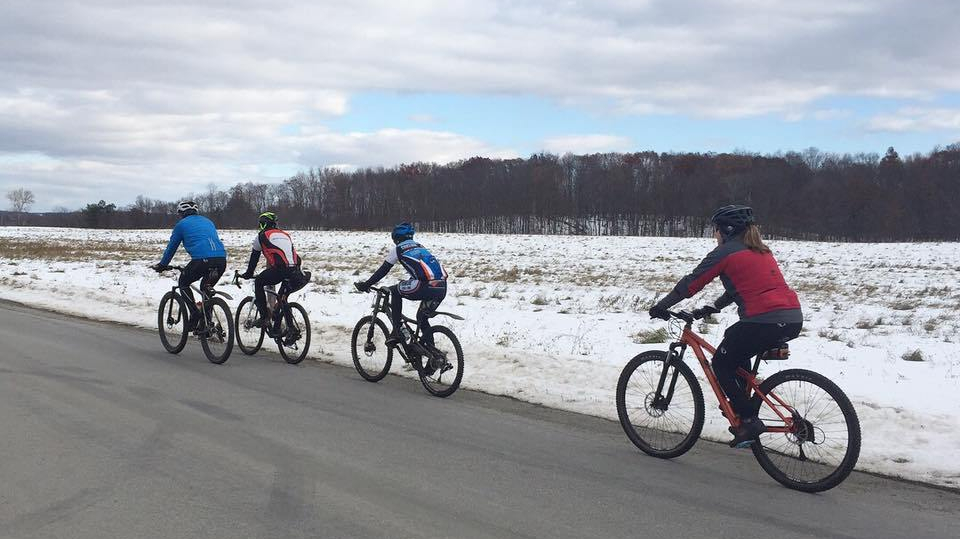 Many of us have heard the phrase “it’s not the bike, it’s the rider.” So you find yourself pushing hard on every ride – and still getting dropped. Or the ever-present complaining about the bike being the reason a rider fails to perform.

While most of the time, it is the rider’s abilities that directly contribute to the enjoyment or success of a ride – but sometimes, it is totally the bike’s fault. The right bike can make or break a ride.

My first bike as an adult was a mountain-style hybrid that I never ended up riding much, followed by a comfort hybrid – designed for slow-speed cruising, not crushing double-digit rides. It was very heavy and sluggish with an extremely upright riding position – basically turning me into a wind-sail anytime I rode down a hill.

I pushed myself so hard on that bike, so confused as to why I was being passed on the bike trail by people on bikes with drop bars. All bikes are equal, right? I just need to work harder and get faster. Spoiler – the minute I bought a mid-level road bike, I immediately improved my ability to ride longer with less fatigue.

The reality is, many entry-level bikes serve to get us out there – but then do little to keep us moving forward efficiently. Sometimes entry-level bikes are overbuilt and generally heavier than their higher-level brethren. The bike can withstand a beating, but that’s why it’s holding *you* back.

Like most people, I use the equipment I have to do the adventures I want, generally using the wrong bike for the wrong purposes. It stems from a lack of discretionary funds, not hubris or elite level ability that seeks a new challenge. To be sure though, watching somebody rock a gravel grinder on a bike with a front basket while wearing Tevas, jorts, and a tie-dye muscle shirt is hilarious.

Yesterday I drove to a friend’s neighborhood to do a gravel ride. It snowed earlier in the week – heavy, wet snow that further saturated the already oversaturated earth – so the roads were going to be muddy and slushy. This is not optimal for the road bike that I have MacGuyver’d to be a gravel bike.

So I decided to ride my hardtail mountain bike. It’s cutting-edge stock 2012 entry-level components (although I replaced the brakes and the quick-releases because they failed at various points).  It’s an aluminum 29er … but it’s heavy. Really heavy. It’s not built for speed or efficiency. 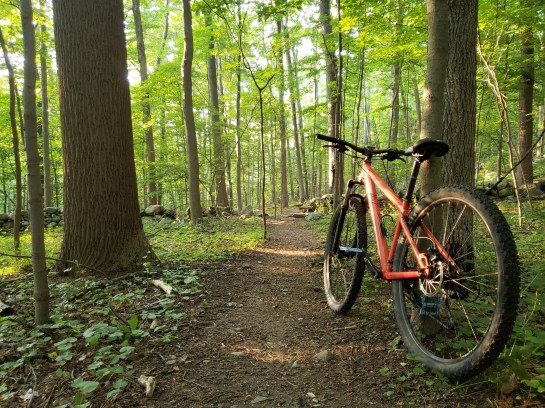 Once again I am reminded of just how heavy and inefficient this bike is by trying desperately to keep up with my friends, who are also riding their mountain bikes on the dirt roads.

To be fair, I also haven’t ridden my bike in about six weeks due to a combination of life, work, weather, health, and trail maintenance projects. My October Strava stats were kindof hilarious.

The power transfer is practically non-existent, like pouring my energy into a black hole. I have a triple crankset, yet on the road never seemed to find a good gear for keeping up without feeling like I was pushing against a brick wall.  To cap it all off, the bike is set up with flat pedals instead of SPDs because I was too lazy to swap them out before the ride.

Contrast with purchasing a pre-loved 2015 full-sus trail bike for when I want to hit the woods – and things that used to be a chore are now routine and even fun. The bike isn’t actively working against me, which my hardtail does. But it certainly would have worked against me on the road had I opted for it instead, including locking out both suspensions, because even though it’s lighter than my hardtail, it’s still a mountain bike on the road.

The right bike for the ride can make or break your enjoyment.

Some of the roads warranted the extra width of my 2.25″ tires, but many were either paved or more tacky than muddy. I found myself wondering if actually getting a gravel or drop-bar mountain bike might be something to consider. Something to bridge the gap of a road bike fitted with slightly-knobby tires and a full-on mountain bike.

But that’s not currently on the agenda after 18 months of unemployment that destroyed our savings and retirement savings. We have other, more pressing projects deserving of our remaining reserves.

We finished the ride in surprisingly good time (a little less than 3 hours for a little over 30 miles) and everyone really took turns hanging back with me to chat and enjoy the ride. It felt really good to be back out turning the pedals, but also reminded me of why I hate riding that bike so much. It sucks my will to ride.

With fat bike season upon us and my schedule freeing up, I’m looking forward to getting out more regularly with friends to explore trails and gravel roads. See you out there!

wife. mother. kick-ass girl. all mountain, all road adventurer by bike. View all posts by Laura

4 thoughts on “Sometimes it *is* the bike, not the rider”

Talk to me Cancel reply